As a self-proclaimed travel addict and globe trotter, I’d like to think that I’ve gotten quite good at booking affordable accommodations for trips. For the last 5 years that I’ve been traveling across Europe, I’ve consistently found quality hotels, hostels or Airbnbs at reasonable prices and in ideal locations. I love to do my research before a trip, and generally have a set and detailed itinerary before leaving.

However, my husband and I recently planned our vacation to Mallorca very last minute (not typical of me but hey, I tried to embrace the spontaneity). Because of the short notice, not many inexpensive accommodations were left. We checked Booking.com, Hostelworld.com, Airbnb.com, and many others, but we found it nearly impossible to find a room for under 100 euros a night. Ouch. When my husband and I travel in Europe, we generally try to get a simple but private room for under 50 euros whenever possible – and we generally achieve that. Due to the lack of options, I ended up trying various sites that I don’t normally use. I went to Priceline.com, which I remember used to be very popular when I was in the USA (I can still imagine the TV ads). I found a room for a relatively good price considering the time of year and location (93 euros/night) at a simple hotel, which was cheaper than the same hotel on Booking (which I’ve used more than once when I don’t find an acceptable Airbnb). So, we booked the room and received confirmation by email, and all was good with the world…

Right after receiving confirmation from Priceline, we received another, non-official looking email from some company we’d never heard of called Agoda. It said “Fraud Prevention,” mentioned the hotel we had booked, and said that we needed to follow a link in order to confirm the reservation. All of my red flags went up at this – was this a phishing attempt? The email said nothing about Priceline, and everything about it looked scammy. In addition, we had already received confirmation for our reservation, so what was this all about?

After doing some research, we found out that Agoda is actually owned by Priceline (turns out Booking is a part of the same corporation, too). We breathed a small sigh of relief. Before clicking the link, we decided to contact Priceline anyway (it was only available via chat in Europe, no way to call), and they assured us the email was legitimate, and that we should contact Agoda for further questions. We called them, and they told us there was no way to continue our reservation without following the link in that email, and that this was standard procedure. So, we clicked the link.

The link directed us to a page that required us to scan both our ID and credit card. What?!

As if we weren’t suspicious and uncomfortable enough, that sent us over the edge. Okay, I understand that upon check-in you have to show both your ID and credit card, but scanning them into an online system (that isn’t the hotel’s) seems way over-the-top. Never, in all of my travels, have I ever been requested to do that. Aren’t there other ways to verify our identity without taking such sensitive information? I used to work at a hotel in California, and this was far from what I was used to.

After calling the company again, they insisted that providing the scans of our documents was the only way to finish the reservation. We refused to do so, and thankfully we were able to cancel the reservation without problem despite the fact that the Priceline website assured us that cancellation wasn’t possible, and that no refund would be given.

To verify that we wouldn’t be charged, I asked Agoda if they could send me another email confirming the cancellation and no fees. They said no, that it wouldn’t be necessary. I politely insisted. They said it wasn’t possible. Honestly, is that customer service? A simple email verifying I won’t be charged 100’s of euros is too difficult for them? Although I had the initial email that said no fees would be charged if we didn’t provide the information, I didn’t have proof that we had cancelled it, and they still had our credit card information that we had provided to Priceline. Plus, the entire thing seemed sketchy from the beginning, so the more proof, the better. Within the next hour, we received yet another email from Priceline confirming the reservation. Seriously? I started to panic again, thinking something had gone wrong with the system and that perhaps now we wouldn’t only be charged once, but twice. Thankfully, these fears turned out to be unfounded, but the stress involved with the entire process was ridiculous. And that’s the last thing you need when planning a vacation.

So here we were, with no confirmed hotel just 2 days before our trip, and all other options showing significantly higher prices.

We ended up calling the hotel itself and explaining the situation, and asking if we could book the room for the same price we had found on Priceline (the prices on the hotel’s website were a bit more expensive). After some deliberation, they agreed. Really, it works out better for the hotel because they have to give a percentage of their earnings to the company (i.e. Priceline) for getting their name out there and helping them receive the reservation in the first place. If it wasn’t for these sites, I would’ve never known this particular hotel existed (to learn more about commissions hotels have to pay to these services, click here).

To make the reservation by phone with the hotel itself, we only had to give our name and the dates of our stay. And that was it. With some bigger hotels, you might have to give your credit card information by phone, but that is much more secure than scanning it online. For one, you know who you’re speaking to (the actual hotel), and if you have any problems with the reservation in the future, you can deal with the hotel directly rather than an uninterested middle-man.

When you’re doing your research for hotels, if you find a deal you like, I’d highly recommend that you try contacting the hotel first to see if they’ll honor the same price you see – or close to it. It’s better for the hotel, and it is better for you in the long run. It can help save you a lot of stress, and hotels are much more likely to try and accommodate any needs you may have or address any complaints.

In the year that I worked for a hotel in California, I had countless angry customers who had supposedly booked through Expedia, Booking, or Priceline and ended up having an awful experience – either their booking didn’t reserve correctly, it was for the wrong dates, or for the wrong type of room. In these cases, the hotel itself generally can’t do anything about it. You can only fix these problems by contacting the company directly, and representatives are often rude or unhelpful (if you reach one at all – sometimes wait times are hours long!).

Have you ever had any sketchy experiences booking hotels or flights? How about making a general purchase online? Let me know in the comments below!

How to NOT Spend Your Life Savings on Travel Accommodations 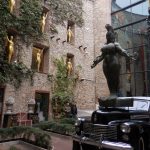 We wish we read your website before we travelled to L.A. Oct-Nov 2019. We had awful experiences with third party accommodation booking agent. We completely wasted our time and money on our holiday because of Agoda. We booked two nights stay for Near Pier apartments in Santa Monica L.A. through Agoda and looking for the building for about 1 hour and could not find it. No street number was provided just described as corner of 6th and Santa monica Blvd. No phone number was provided. We looked every single building on that intersection but none of them are short stay… Read more »

Wow, what an awful experience, I’m so sorry to heart that! It’s incredible that a company so big exists with such a lack of respect for it’s customers… And that they actually seem to get away with scams like this. I hope you’re able to get your money back, good luck!

This is an interesting and scary article! I always worry about when I receive emails like this and that is when I look for another option instead and cancel. I am not about to put myself in a fraud situation. I can see with it being at the last minute how you didn’t have that option. Thank you for sharing your story!

Thank you so much. I had the same issue and I canceled immediately! I called them and I spoke with a lady called Anne. I refused to send photos so I canceled it. She was a little bit pissed though.

I insisted , while we’re on the phone and luckily I got the confirmation mail. Now I need the money back. 220 Euros! And after three days I will go to Turkey. This is just outrageous!

[…] you prefer to stay at a hotel, check out my article on why you should always book hotels directly through the hotel rather than through booking […]

I own a small motel. We’ve never agreed to work with Agoda, but they are a sister site of Booking.com, which we have opened an account with. I just want to let potential guests know the experience from the business owner side. Because Agoda is based out of Singapore and Bangkok, when a guest creates a reservation the contact information (address and phone number) included is for Singapore or Bangkok. We have no way of contacting the guest unless it is through their chat portal, which is unreliable. So we will get reservations that we cannot enter into our system… Read more »

Autumn colors + sunset in the vineyards around Stu

Picnics with Zoya 🍁🐈 She liked exploring all

She's been in our lives for just under 2 months, a

We loved wandering the markets and shopping areas

Always lovely to hang around a castle, ruins or ot

Sometimes a random little village down the road fr