I learned this lovely Spanish expression as I was preparing for a dinner I had organized for my host family and their friends in Barcelona. I was cooking up all sorts of Mexican specialties (which I have missed SO much since I arrived), including guacamole, enchiladas, etc… and in large quantities. I was speaking to some of the people who were going to be coming that night for the feast, and they told me “Nos ponemos las botas”… to which I replied with a blank stare of confusion.

They explained to me that it meant that we would all be eating a lot that night, so it was a funny expression to say we should prepare ourselves. I asked “But why boots? Shouldn’t it be about pants or something?” and they just shrugged. After researching the phrase a little bit, I found out that it can have multiple meanings, especially depending on the country (I’m glad I looked it up before actually using it!).

You can use this phrase to signify that you will be eating quite a lot, but it also could mean that you expect to have a lot of success, either financially or by getting lucky that night *wink wink* (but wouldn’t you want to be removing the boots, in this case? hmm). It also means, simply, to get ready for something or confront a problem. I suppose that context means everything, eh?

Have you ever heard this phrase in context? Do you know of any other fun expressions? Let me know in the comments below!

13 Tricks for Learning a Language

Best Restaurants & Bars in Barcelona, According to Expats & Locals 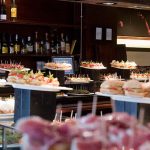 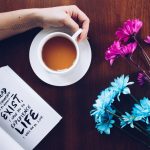 Life Advice for 20-Somethings, Given by People in their 30s+